The SEAS A26 is an amazingly musical kit of speakers as it is. But part of being an audiophile is the never-ending quest of taking something great and making it even better.

Earlier I wrote about two modifications I incorporated in my SEAS A26 build. First, I added bracing to stiffen the enclosure and support the magnet system. Second, I lined the interior with damping felt. These two improved the transient response and lowered resonance.

Since then my SEAS A26 build has undergone two more modifications. Let us get down to it!

Over at the diyAudio forums, user Lozjek dropped a pretty masterful idea:

Quick improvement by adding 0.68 mH as a 2nd order to the tweeter — Significantly better tweeter power handling, on-axis response, driver phase still being ok. The XO point is pretty much defined by the woofer’s LP response, the only issue left being the tweeter’s HP and padding.

Remember, resistor R1 serves to attenuate the tweeter. By default this is 10 Ω. More on that later.

Wait, what — turning the beautifully simple first order high pass filter of the SEAS A26 into a second order one? Changing the very thing that makes it shine?

Well, not to worry. Be sure though to separate what a filter is electronically and what it is acoustically. There is no denying that this is a second order filter electronically. But as the following frequency response graph shows, acoustically it remains first order:

At this point you might be wondering what the fuss is all about. Why do this mod exactly? Well, as user Dissi points out:

The woofer of the A26 speaker actually is a bit too loud in the range from 600 to 1100 Hz. The tweeter is of opposite phase there and brings the level down by 2 dB. That’s how the original works.

But goes on to add:

With an additional inductor in the tweeter filter this doesn’t happen anymore and the hump at 900 Hz might become a problem.

All this piqued my interest.

I created a simulation of my own using Boxsim. I do like that software because of its optimization functionality, where it calculates different component values to meet a certain optimisation target such as phase or frequency.

Optimizing for overall balance and the default R1 resistor value of 10Ω, Boxsim calculated a 1 mH 0,41 Ω inductor. I ordered two 1 mH Jantzen Audio air coils 18AWG. The direct current resistance of these coils is 0,48 Ω. This is just north of 10% of the T35C002 tweeter’s resistance of 4,6 Ω, which is a good rule of thumb for component matching.

For a 12 Ω resistor R1, Boxsim calculates 0,97 mH with 0,42 Ohm DCR. Optimizing both R1 and L1, Boxsim actually calculates both this 12 Ohm resistor and 1 mH inductor. This lowers sensitivity from 10 kHz onwards somewhat. Psycho-acoustically, this this may sound warmer with less air. At that time, I preferred the flatter frequency response curve that the 10 Ω resistor provides.

Enough engineering, on with the results! I modeled the A26 again, this time in XSim. This allows to plot the stock A26 and modified A26 in one frequency response plot:

Contrary to earlier concerns, it seems that the coil actually decreases the hump around 900 Hz. Also it increases sensitivity from 2,2 up to 10 kHz. This matches with my subjective findings that the SEAS A26 now has more air, overall brightness while still retaining that warm 70’s bass. Well recommended.

The T35C002 tweeters should be at listening height. Like most tweeters they have a pretty steep the further off-axis you go:

I never got around to putting my A26’s on good stands. But the new owner has.

Wait, what — again? You sold these beauties? Yessir I have. More on that later, in another post. For now I am real glad that they have found a new home with a standout audio enthusiast. And I am here to report on them.

Here is what the new owner did:

I created stands, filled with sand, 35 kg a piece, spikes underneath, and put the speakers on them with theraflex putty. They even sound much better, the bass is a real experience, a feast to listen to. Now for a paint job! 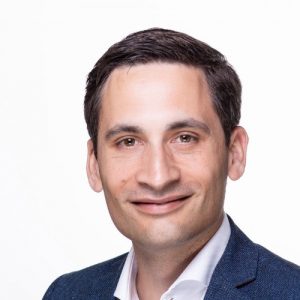 I am passionate about engineering of systems — both technical and enterprise systems. Combined with my business acumen and keen sense of situational leadership, I am a senior manager of technical teams by trade.

On this blog, I mostly dabble in DIY audio. As an audiophile, I love the balancing act between that what can be measured, that what can only be perceived, and is ultimately cost-constrained. Listening to music on something I created, the many hours of study and tinkering, are a joy in and of itself.

Engineering — is it not wonderful?