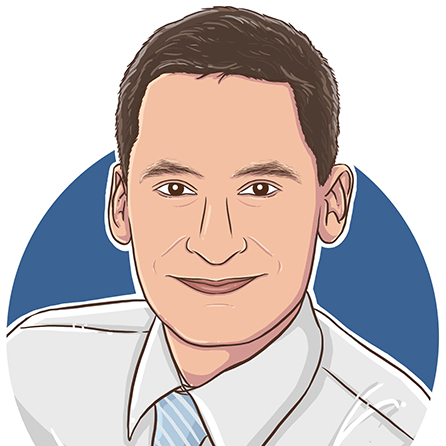 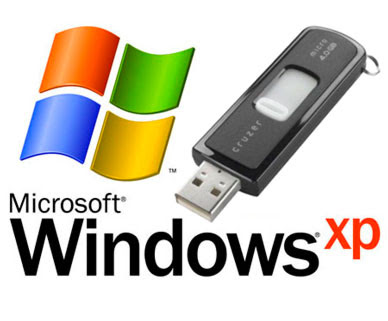 I wrote this piece back in March 2006 before transferring it to my new blog. It’s quite possible that bits and pieces of this HOWTO are outdated. If any are and you find a solution, then please leave a comment for the rest of us.

What follows is a recipe on how to install Windows XP from USB. You can cut right to the chase or read about how it happened to me first. Sit tight, you’re in for a ride!

You’ve got this Acer laptop with a malfunctioning DVD drive. Specifically, you removed it from its bay and now Windows XP crashes when you plug it back in. Knowledge Base article 310664 matches it to a tee.

Provided solution: update to Service Pack 1, or disable DMA in the BIOS. Current situation: running SP2 and blessed with a “user-friendly” BIOS that doesn’t allow you to disable DMA.

Your luck just ran out, but – being the geek that you are – you don’t whine about it. Instead, you come up with this bright idea: let’s install Linux, that’ll work some magic! And so you get Gentoo Linux installed using a home-bred LiveUSB distribution. And much to your dismay, no proper hot-plugging implementation is provided for your laptop. Curses.

So finally, you call the support line to have them collect your laptop for repair. One problem here: you’re betting they won’t like seeing Linux boot up and, hoping to forego service costs, it’s up to you to reinstall Windows XP.

One problem here: you don’t have a working CD-ROM drive to install Windows XP off, and from experience you know that Windows XP won’t install from an external drive. Blasted!

The procedure here is provided without any warranty or support whatsoever. It worked for me and so it might for you. It also might blast you and your laptop to pieces. Some of the procedures described here can wipe all of your data. Thought I’d warn you.

I don’t mean to be inventive here, either. In fact, all the technology has been laid out for us and is readily available. All I’m doing is wrapping it all up in writing. Shouts out to everyone who provided the technology!

That being said, let’s get down to business.

You’ll be needing ample space on a USB storage device like a thumb drive or external disk drive. 1 GB of storage will suffice. Possibly, you could access the setup files from a network share in which case you’ll only need a 256 MB thumb drive, but I haven’t tried that.

Personally, I booted off a 512 MB thumb drive and put the Windows XP setup files on an external disk drive. So a combination will do just fine, but just make sure that you’ve got enough USB ports: all USB devices will need to be plugged in and stay plugged in while we’re booted into BartPE later on!

You’ll also need a bunch of software, including a valid copy of Windows XP. The other software components can be downloaded freely:

A: Well that’s exactly the trick, though it’s a bit technical. During booting, Windows resets the USB port and loses your boot device. That’s why installing from USB normally fails. But by using Windows 2003 Server’s ramdisk feature in the early phases of booting, we avoid that problem.

Don’t be mislead though: you’ll be installing Windows XP all the same. It’s just that we’ll be using two Windows 2003 Server files from the Service Pack to do it.

You will also need an already functional Windows system to prep the USB disk from. In addition, your target system (the one that needs reinstalling) should support booting from USB. Virtually all modern ones do though.

Finally, not all cheaper USB devices properly support being booted from. The BartPE forums have a partial list of ones that don’t.

You can check by inserting the CD-ROM and looking at the files in the top folder. There should be a file named WIN51P.SP1 or WIN51P.SP2. If you see either one, fast forward to step two.If there is no such file, or you’ve got a SP1 CD that you would like to update to SP2, proceed as follows:

If your system needs special drivers to run, this would be the time to include them (called “slip-streaming”). Doing so isn’t exactly trivial and should only be necessary if you, say, need non-standard SATA support. The process is beyond the scope of this article, but fortunately Google is your friend.

First we’ll prep the USB drive we’ll be using for booting. This is by far the largest step in the process, though it shouldn’t be difficult for anyone to follow. It requires a functional Windows system.

If no errors occurred in the process, you should now be all set to boot from USB!

Note: it’s possible to use Windows 2003 Server as the operating system to boot from, but I don’t recommend it. Many of BartPE’s included utilities won’t work properly.

You should now reboot and go into the BIOS configuration to boot from USB. Instructions for doing so wildly from system to system, but generally entail the following:

If you’re completely new to BIOS configuration, BIOS for Beginners over at Tom’s Hardware might be a good primer. Be aware though, that you can seriously screw up your system by providing incorrect settings!

Assuming that you properly configured your BIOS and your USB device supports booting, BartPE should now load. Depending on the speed of your USB device, this may take a while.

If it isn’t working, then double-check the following before making a scene:

You need to make sure that your hard drive is partitioned and formatted properly. Especially if you’ve had Linux or some other operating system on it, you’ll need to repartition and format it. BartPE has DiskPart for disk partitioning and A43 File Manager to format your drive.

If you are sure that your hard drive is set up properly (i.e. it has only run Windows, it has a valid FAT or NTFS partition) then you can safe yourself the hassle and skip this step.

This procedure will destroy any data on the hard drive.

This procedure will destroy any data on the hard drive.

With your drive all ready, you can now launch the Windows XP setup with a few custom parameters. Let’s assume that the files are available at D:\i386.

Plugging in a device now won’t work. Remember that all USB devices will need to be plugged in right from the start while using BartPE.

The setup program will then silently close, which might make you think that something went wrong. Don’t worry though. Reboot your system, remove the USB drive(s) and – if all went well – you can now finish setting up Windows XP. Congratulations!